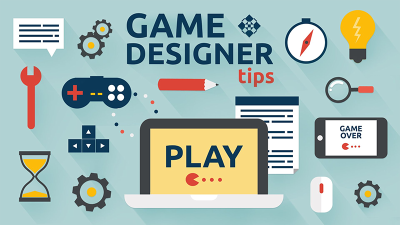 The following article has been written by Derek Littlewood who is Studio Design Director for Sumo Digital.  You can view the original article in Dereks blog here, where he offers Game Design insights and job hunting tips.

I’m guessing there aren’t many folks out there who don’t have a somewhat fractious relationship with their CV. And that’s understandable. They’re the mini boss of game job applications — annoying to deal with and no matter how many times you put them down, you just know they’ll be back.

Awkward gaming metaphors aside, they’re also unfortunately still one of the key tools to getting the job you want.

I’ve now spent more than a decade reviewing game design CVs, so here I present five tips (plus a few bonus mini tips) for getting your CV into better shape. I can’t promise to make the prospect of updating your CV a joyful experience, exactly, but maybe I can at least ease the pain a little.

For reference, I use the term ‘game design’ as an umbrella term for all sub-categories of videogame design (systems, level, narrative, tech, etc.) These tips mainly come from a game design viewpoint, but many of them may be applicable to other roles too!

1. Your CV is an advert
A common misconception is that a CV is ‘merely’ a list of information about you. It is, but only in the same way that a movie trailer is a list of characters, locations and scenarios you’ll see in the film. Which is to say — yes, CVs are factual, but that’s not the point of them.

That point is instead to sell you as a great candidate for the job you’re applying for. Your CV is, to all intents and purposes, an advert.

Now, like real world adverts (at least in theory), this isn’t to say you should lie or exaggerate your skills and achievements. But getting into a more ‘marketing’ mindset can help, because what information you present and howyou present it matters. What is most important for the company to know about you? What are your greatest strengths, your greatest achievements? And are those things clear and prominent on your CV? Which brings me on to…

2. Present yourself as a great candidate for the role you’re applying for
This might seem face-slappingly obvious but I frequently see CVs where, for example, the role is as a level designer but the candidate’s actual level design experience is buried somewhere on page 2. In these instances it’s very easy to miss the relevant experience, meaning the application ends up rejected.

So at the risk of stating the obvious — if you’re applying to be, say, a level designer, the first job of your CV is to show that you have some level design skills. Similarly, if you know the company you’re applying to is working on a racing game, for example, then make sure your CV shows any relevant experience and enthusiasm for the genre.

When I was freelancing I had at least three versions of my CV depending on whether I was applying for design, programming or management work, and I would frequently tweak each of these when applying for specific roles. It’s time consuming, but think of them like different character builds — you wouldn’t try to use your tank as a support character now, would you?

(A final point — you probably won’t have all the skills and experience they’re looking for, and that’s fine! Your aim is not to present yourself as the ideal candidate, who probably doesn’t exist, but rather as the closest thing they’ll find to the ideal. See my previous article for more on this point).

3. Show, don’t tell
I find this little bit of storytelling wisdom is applicable to many areas of game design, even here. Saying you’re hardworking, or a great team player, costs nothing. And unfortunately it earns you nothing either.

Instead, don’t tell the reader your virtues, show them instead. If you’re hardworking, list the many things you’ve worked on. If you’re great in a team, highlight the places where you worked in a team to deliver something awesome. Presented effectively, your experience and achievements should speak for themselves.

4. Don’t just say what you worked on, say what you did
I’ve lost count of the number of CVs (and portfolios) I’ve seen that simply list a game title and job role and leave it at that. In certain cases — mainly really senior roles — this can be enough. But most of the time, it isn’t. If you were a level designer on a given title, what levels did you work on? Did you whitebox the levels? Script them? Populate them with objects? Implement narrative beats? Etc.

This is particularly essential advice for those with only a little experience or coming straight out of University, since it can separate great candidates from those who were carried along by the rest of their team. Also note it’s good to remember this advice when putting together your portfolio too.

5. Show you love games!
This is more of a personal preference, but what I really like to see in designers of all varieties is a genuine excitement for gaming. I want to find people who believe the potential of games as a medium has only barely begun to be tapped. People who believe the best games have yet to be made. And people who still dedicate plenty of their spare time to playing a wide variety of games.

Candidates who haven’t played a new game in several years, or who constantly hark back to how games used to be better in the old days are not, in my view, people who are likely to go out and make the best games in the future.

So there you have it.  Some brilliant tips from Derek to help you on your jobsearch.

If you would like to explore opportunities at Sumo Digital, then you can find a link to their profile page and job opportunities here.