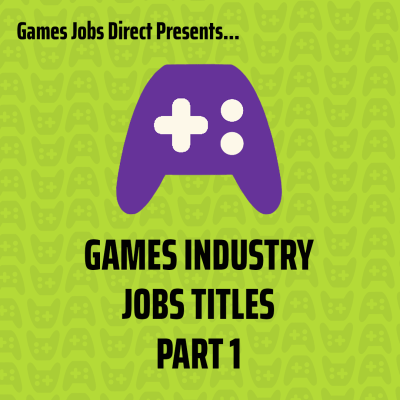 Game designers are typically the ones who determine the overall vision of a video game. Similar to how film directors are within the movie industry, designers are known for having a large influence on which direction a game takes from the early concept stage to the game’s final release.

It’s ideal that a designer has a wide variety of knowledge within the different aspects of game development since the role includes collaborating with various departments such as art, programming, QA, marketing, audio etc.

Designers usually take on various roles depending on the size of the studio and the needs of the project.  It is not unusual for designers to wear various different departmental hats, taking responsibility for many tasks that would usually cross disciplines or departments, however, there are often times where a designer can be assigned only a few specific tasks.  Specialised tasks can take the form of working on gameplay, writing the game’s dialogue or designing levels for example.

There is a specific hierarchy among game designers which usually takes the form of the below:

It is also important to remember that various other titles also sit within these benchmark roles.

A game designer’s role involves writing documentation, usually called the game design document. The design document is a technical document which conveys different areas of the game and can include both text and diagrams.  The document is similar to how a manual would read but includes much more detail on how each aspect of the game’s production will work and how each discipline will work to bring the game to its completion.

It should be said that being a game designer is an important and complex role which has an overview of a game’s production. The role is much more than simply coming up with a storyline and some characters, the role is heavily involved in maintaining, implementing and executing ideas.

It’s ideal that a good game designer has a good set of qualifications as being an avid gamer is simply not enough.  Management of departments and teams is something that should come naturally to the game designer as there is often a large focus on teamwork and often times where there must be compromises between what the designer wants and what the other departments can provide.

Game programmers or software engineers make the game work.  They implement the requests of the designers, creating code based assets alongside the assets that the artist's may have created. They are responsible for pulling together the individual aspects of the game and craeting a fully functional, playable piece of software at the end of the production cycle.

Programmers work closely with designers to figure out even the smallest details. It's common for documentation to be created and used as a guide to begin connecting all the complex pieces of game development into a functional piece of software.

Programmers tend to be paid very well and often in high demand.  Computer science and game programming are popular courses to studied by Programmers and they're often knowledgeable in a range of computer languages, (the most common being C++).  Whilst it is fine to be self-taught, programmers should have a grasp of advanced math and be good problem solvers.

Aside from lead designers, programmers are typically the first ones to come on board for a game project. There is often quite a lot of overtime, especially towards the end of the project when the game is getting ready to be shipped.

Though code is what makes a game work, it can also create problems which programmers must constantly review and fix any code issues that may come into play as the game grows with additional functions and assets.  There is a importance put on quality assurance and programmers must work with game testers often in order to be made notified of bugs or broken aspects of the game.

Game artists bring to life the vision sets out by the designers, art director and producers.  There are various sub-titles within the ‘Artist’ title such as Concept Artists, who work alongside the Art Director establishing the game’s style.  3D/2D modelers who put these concepts into play and breathe life into the games.

There is a variety of software available for artists to use to create the perfect game art.  It should be a priority to stay up to date with the current and future technologies.

It’s always advised that artists have a foundation knowledge of arts through education, which they continue to build on with digital skills, such as web design.  A non-university post-secondary education is common for many artists in the industry, and while a Bachelor’s degree is not required, it doesn’t hurt. However, having a broad knowledge of art is always seen as an asset.

Occasionally, you may find that there is a specialised person in the art department called the technical artist. Technical artists specialise in the hardware and software side of things and are typically in mid- to senior-level positions. These roles often deal with lighting, shaders, and particle effects, using particular scripting languages as they pertain to game engines.

Animator, Rigger, Modeler, User Interface Artist, Character Artist and Environment Artist are other titles a game artist might hold. Many smaller game studios prefer generalists who can work in different roles when required.

Don’t forget to keep an eye out for part 2 for more roles!