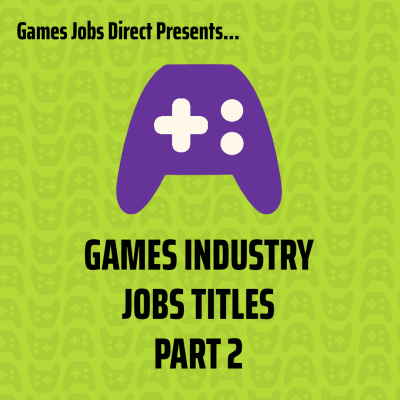 The title “Game producer” is one that often causes confusion.  They’re essentially, the project managers of the game making world dealing with any high-level issues that may arise through the course of the game’s development.

Producers are usually in charge of the budgets and schedules.  They create and organise many departments and often serve as a mediator between studios and the publisher, however the role does vary from studio to studio.  They assign tasks and make sure deadlines are achieved, all whilst making sure everyone involved in the game making progress is kept happy and up to date.

Producers have to be leaders. Communication is an absolute must as they will need to speak and work alongside a large variety of people.  They need to gain respect from their team and be the go-to person for stakeholders and various others within the studio.

A game audio designer (or sound designer or audio engineer) is responsible for creating the sounds and music to match the visuals of a game. It should be a given that anyone who holds this role is familiar with all aspects of sound design.

Whilst the visual style of a game is important, it is the audio designer’s role to give the game a unique and distinct sound.  Whilst highly technical, the job contains creative aspects and it is easy to find audio designers with experience of composing, writing and recording and musical placement. In order to excel, the audio designer should have a good sense of hearing, adept to the intricacies of sound, and should love music.

Audio design is one of the lesser available roles as there is usually only a handful of audio designers set to a games production, whereas there can be dozens of programmers, artist and designers working on a game.  Due to this, it is not uncommon that many audio designers tend to be contractors who also work on tasks outside of the game industry, such as film or television.

QA’s help ensure that the quality of the game meets strict guidelines set by the development studio and the publisher.  This role varies widely in seniority and is often the first steppingstone for a lot of people getting into the game industry.

QA testers are tasked to play the created game or portions of the game whilst looking for and recording bugs, glitches, or other major problems. When they find a bug, they test to see if they can repeat it, and if they can, they record their bugs in writing for the programmers or artists to fix later.

It is important for QA testers to have strong verbal and written communication skills as there is often large discussions between departments on what areas may require re-work. Testers who prove they have great communication skills and understand the different priorities that come into play while developing a video game can become leads, who then can sometimes move into associate or assistant producer roles.

The video game industry is vast and there are numerous other roles that stand out from any other category.  Below is just a few more