A Letter To My Favourite Inner Gremlin, Cassandra 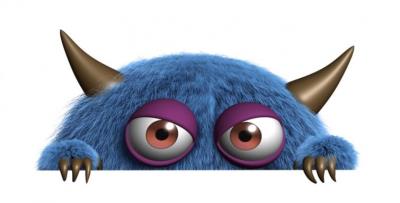 A Letter To My Favourite Inner Gremlin, Cassandra

This Piece is written by Marta Gaczynska, on behalf, and for Bossa Studios

Positive action is applied when you have two equally skilled candidates for a role and you choose to employ or promote one based on their relevant protected characteristic, i.e. you choose a candidate because they are from a disadvantaged or underrepresented group (in the context of this article: women but the same can be applied for ethnic minorities, as an example). You can also offer, for example, leadership training only for women because you’ve noticed that at your company there aren’t many women in managerial positions or run recruitment campaigns targeted at them.

Not very many people know that the practice of positive action is perfectly legal in the UK, even fewer people use it and it’s just a handful who educate about it. It can be a force of change. If you have two equally skilled candidates (yes, most of them will be for the entry-level roles but you need to start somewhere), you can hire a woman because she’s a woman. Do it. Period (how appropriate!).

Positive discrimination, on the other hand, occurs when you favour someone because of their characteristics, so you hire/ promote a person because they are from the disadvantaged/ underrepresented group. Can I hear clapping? Sounds good at the face value, doesn’t it? You hire and promote people partially because they were discriminated against in the past (or currently). That way you level the playing field, have a diverse workforce and everyone is happy. Right?

Wrong. Apart from the fact that positive discrimination is illegal in the UK (yes, in the pre-Brexit era politicians made some right choices), I also ask: where is fairness? If you promote a woman because she is a woman rather than a white man (who would be the part of the majority of your workforce) who is actually a better candidate, you hurt both. Firstly, because you put a white man in a disadvantaged position, so even though he is a better candidate for the role by every metric there is, he gets rejected because he is a man (that’s not very nice for either of them and can create an awful atmosphere at work). Secondly, you generate a perception amongst colleagues that you need to provide women with special treatment and, therefore, their credibility goes out of the window. Thirdly, you massively reinforce the inner demon called “the impostor syndrome”.

What is this scary thing? Well… very many super accomplished women suffer from it already. My dear Sheryl Sandberg (yes, I know she’s evil but she has a point here), describes it in her “Lean In” book (a must read!): “many people, especially women, feel fraudulent when they are praised for their accomplishments. Instead of feeling worthy of recognition, they feel undeserving and guilty, as if a mistake has been made. Despite being high achievers, even experts in their fields, women can’t seem to shake the sense that it’s only a matter of time until they are found out for who they really are — impostors with limited skills and abilities”. Let me simplify it: even though you’ve accomplished a lot by any external/ objective measures you still feel like you are s*** at your job.

Do I ask myself, if I am s***? Every day. Have I accomplished much? I did, with no special treatment or even the opposite (I attended a talk by a female leader who said that to get to the leadership positions a woman needs to work three times harder than a man, so I did for years). How do I manage the demon? Well, firstly I visualise it and call it Cassandra. Some people visualise it as a little gremlin talking s*** about you to you. Do whatever feels right but visualise and rationalise.

I always welcome Cassandra because she doesn’t like being acknowledged, she likes lurking in the shadows of the mind (what a b***!). Then we have an inner chat, I politely listen to her and then remind her about my very own accomplishments that can’t be assigned to luck and/ or external factors. I tell her that I know how common she is (so many women have one) and it hurts her because she likes feeling special. Sometimes, I even gossip about her with other people. That really upsets her. I also tell her that I will fail on occasion, like everyone but I will learn from it. Once I’m done with the chat with my Cassandra, I say quietly, with a hint of a smile and genuine passion in my voice: “Cassandra, f*** off!”.