Getting a job in the games industry in 2021: Games Designer

We teamed up with our friends Mat & Ellie at XR Games to shine a light on people within the industry and give you an insight into what make XR Games what it is today! Ellie joined XR Games as a game designer in October 2020, six months before the launch of Zombieland: Headshot Fever in March 2021. 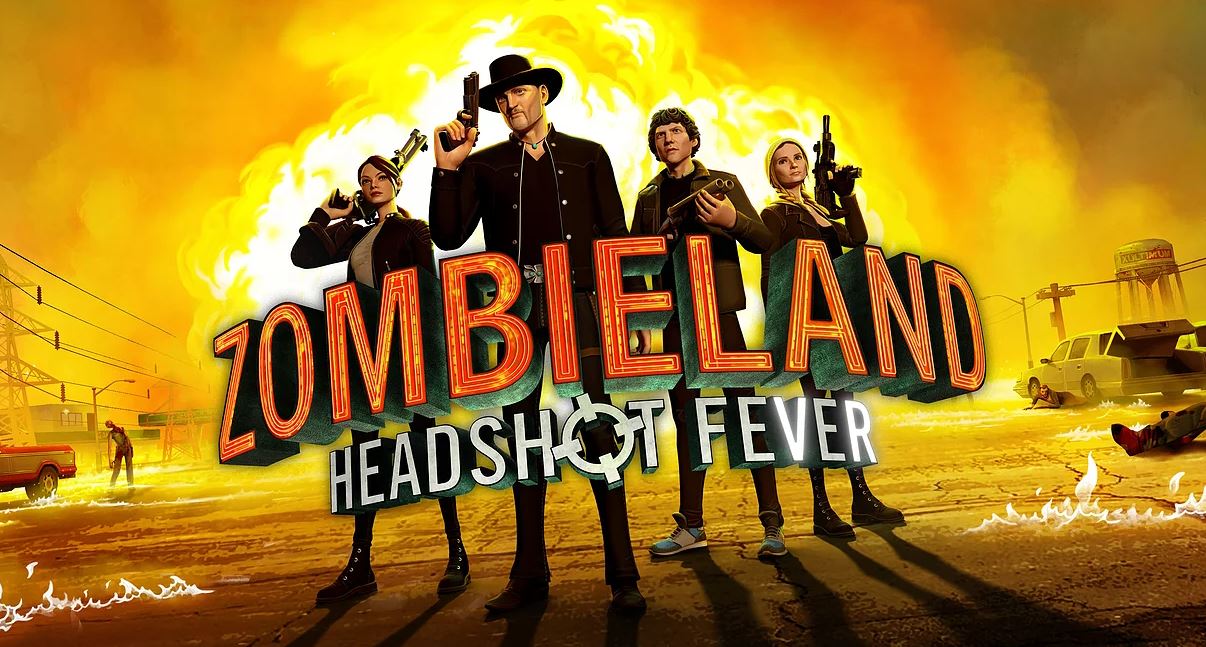 Mat: Hi Ellie! You were hired by XR Games as a game designer last year. Can we talk about that experience? What’s your job now?

Ellie: I’m currently designing a new level for Zombieland using Unity, which will be free for all players in an upcoming update. I block out level spaces, then populate them once they have been built - I’m a zombie wrangler! I work with the art team to create the best feel for the game locations, and also help out with some 2D graphic design work.

Mat: What made you choose Game Design? What sort of people become game designers?

Ellie: Some people are very mathsy in design, or have a very programming-heavy approach. Owen, who I work closely with, is very tabletop-inspired - the office is full of Warhammer figures and rulebooks. I’m definitely more artsy in my approach, as I’ve always enjoyed drawing. From a young age I set out to try and make my own games and stories, using whatever I had around me to create the concepts. I’ve always been a massive fan of video games as a medium of visual storytelling.

Due to my love of games I chose to study Games design at university, working together with my pals, Neil and Jess to create some awesome little projects. I chose to specialise in 2D game art and design as I quickly learnt I was no programming superstar. My favourite project was Crobot Wars, which is a twin stick sci-fi shooter. If you think Smash TV and combine it with the Running Man with added space tanks you've basically got our game haha, this little guy enabled us to take part in the Games Republic event in Huddersfield. Hanging out with other students and industry devs, It was a great experience, and then we won the internship at Rockstar Leeds! I was living the dream.

Games such as Shenmue, Project Zero and Silent Hill really left a mark on me as a teenager. Their use of narrative techniques to create extremely immersive worlds, with characters you felt genuine empathy for, blew my mind a bit and inspired me to try to recreate that in my own works. I could spend days talking people’s ears off about imagery and historical contexts of the Project Zero series, the use of Japanese urban legends to give the games a touch of realism. I love the forgotten village in Project Zero 2, the atmosphere is incredible. I’ve definitely found myself leaning towards survival horror games despite having soft spots for happier, cozy games like Herdy Gerdy and Monkey Island. There's room for all games in the daft world that is Ellie.

Mat: So working on Zombieland VR was right up your street then?

Ellie: You bet, though Zombieland: Headshot Fever leans more on the franchise's comedy roots rather than a spooky gore-filled slaughterfest. I felt a lot of nostalgia playing the earlier builds as it reminded me of the light gun games I played as a kid, like Ground Zero Texas in VR - without the cheesy live action video... which is not necessarily a bad thing, everyone loves a bit of cheese!

I’m really enjoying building the levels. I’m particularly fond of the fiercest of our zombie varieties, the Ferals. It's amazing the amount of havoc the little buggers can create, just by placing them in a hidden corner. Head of Design Richard often says you can tell a lot about a person's inner workings by how they build their levels, hopefully I’ve not scared the team away too much haha.

Mat: You mentioned before about being a zombie wrangler, could you tell us a bit more about the build process?

Ellie: Sure thing, When it comes to level design, Owen, Kyle and I think about what we want to convey with this particular environment, where it fits in the flow of the gameplay, and its place in the narrative. We are currently working on new content, so it's extremely important that the new levels work together as well as with the pre-existing levels. We also get the art and animation teams’ input on what they’d like to see in the level. I’m currently working with Emily, who is also in charge of modelling our zombie horde. We've previously joined forces to produce the Smartik Tech Level, which has gone down a storm, so I’m sure our new level will be a knockout.

After we’ve all shared our ideas, I sketch out an aerial view of the entire level so I can start mapping out the different encounters and start to think about which areas of the level would best fit interesting gameplay elements. Checking in with the rest of the team to make sure the layout is following the plan. Then it's on to the blockout.

(Blockouts are game environments, designs or assets that are created using primitive geometric shapes such as cubes, spheres, cylinders, etc.) 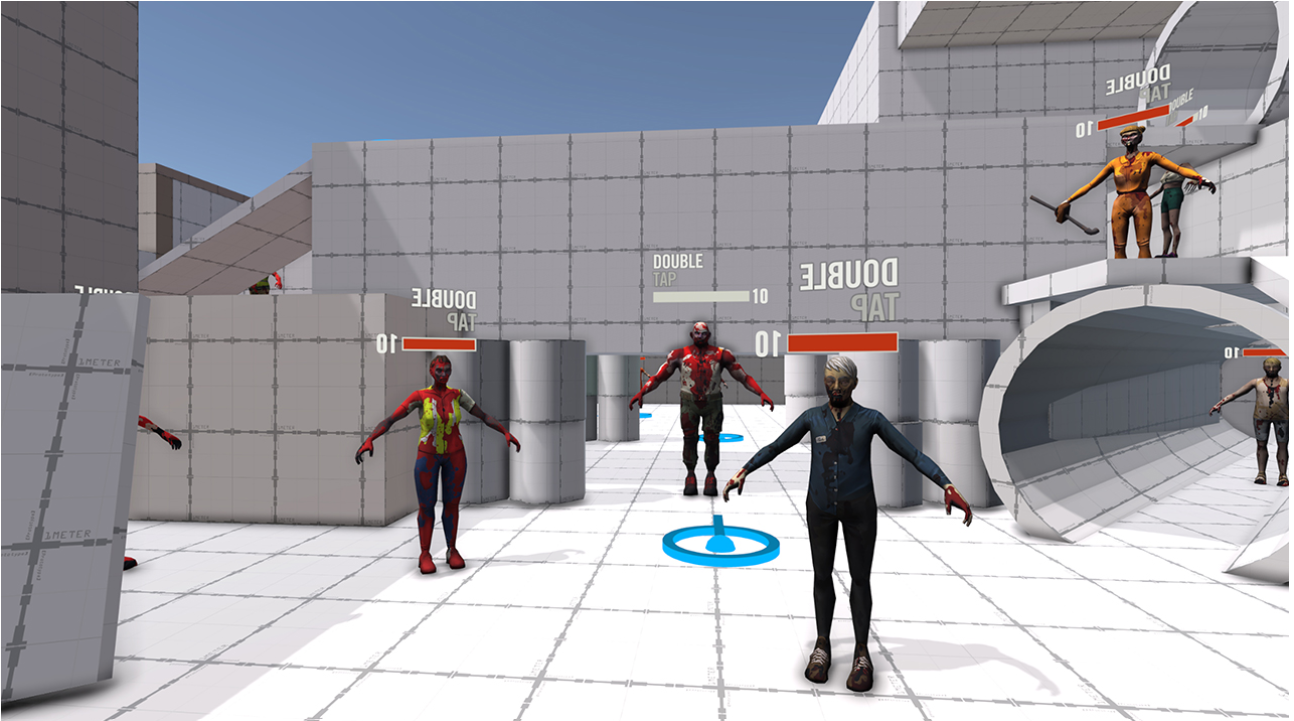 Once the basic space is laid out, I get Emily and Rosie (our lead animator) on a call and we chat about what custom animations could elevate the level. I enjoy this part of the process as feature zombies are always a blast. Everyone needs golfing zombies in their life. There's a cheeky spoiler for you all haha. Once we’ve talked over the animation plans, Emily starts work on a beauty corner for the level, Rosie sets to bring out undead actors to life (or back to life you might say), and I begin the initial population pass. 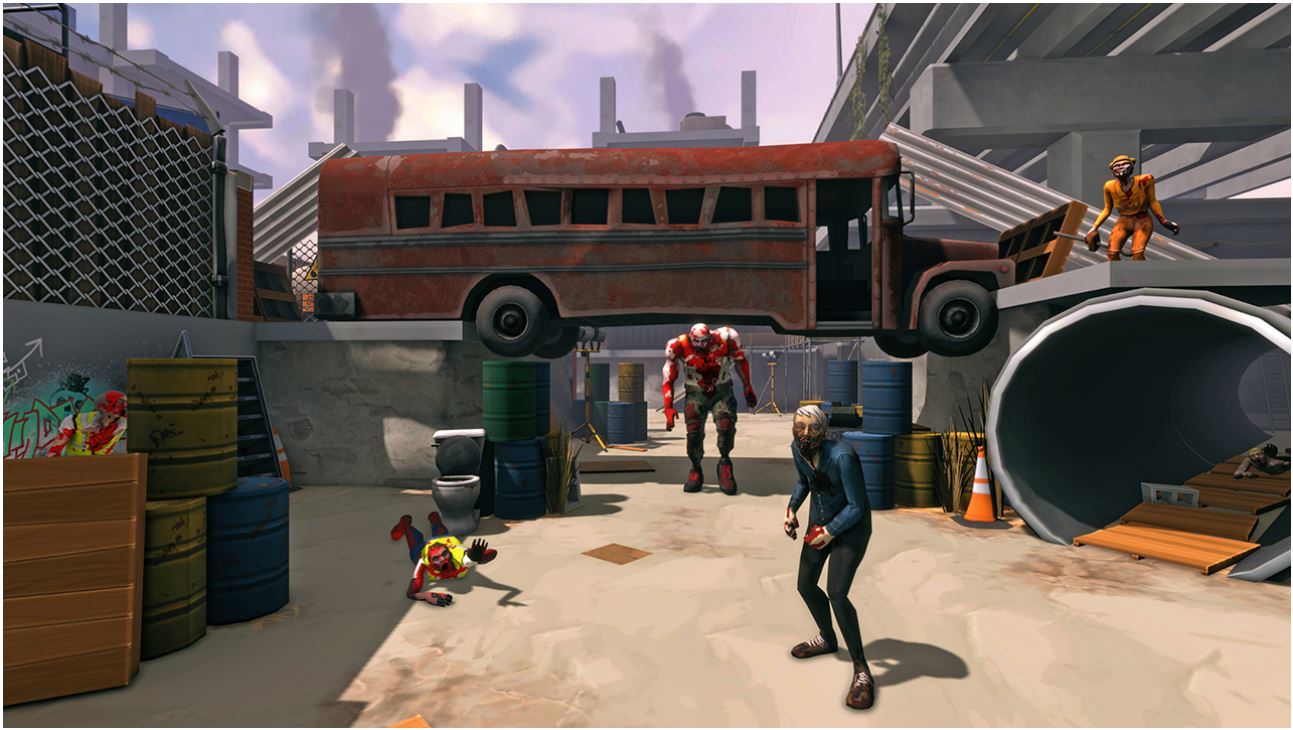 Populating the levels with the ravenous undead is the real meat of the design process. A boring combat can ruin a perfectly good level. I like to take each combat at a time, to get a feel for it and then move one, testing the level through to check the pacing.

The design team will regularly gather round to playtest the levels, giving feedback and improving gameplay. No one likes a broken zombie!

Mat: Joining a new company in the middle of a pandemic is pretty wild. Would you mind touching on the hiring process?

Ellie: Yes, it was pretty wild, the pandemic was a good kick up the bum to rethink a lot of life goals. I decided to make a concerted effort to get back to the games industry. So I did a bit of research about local studios and found XR Games was looking for a new designer, and jumped on the opportunity, shot them my CV and hoped for the best.

I then received an invite to an informal chat with Richard, Head of Design. to talk about my experience with the role as well as my interests in video games. I would’ve been invited into the office, but with COVID we had a Zoom call instead. In some ways that was better, but I wanted to see the office. The biggest thing for me was that the conversation was relaxed and welcoming, and made me feel at ease. I love any opportunity to talk about video games.

Mat: Do you have a favourite game?

Ellie: That's a tough one, I’m especially fond of niche Sega Mega CD titles like Snatcher by Hideo Kojima, which is still one of the greatest games of all time, by the way!

Mat: Nice! That's a good choice, so what happened next with the job?

Ellie: After the chat it was a bit of a waiting game, which in the middle of lockdown was a blessing and a curse. I then received an email asking me to design a level mockup and produce a video explaining it. I chose to build the level in Unity as it was the most similar to the 3D software I’d used previously, and then I faced my old university demons of coding once more. I pushed through the code jungle and managed to pull together a blockout I was happy with. After that it was to record a playthrough and explain my concepts in voiceover. I’m extremely shy so this was pretty terrifying but I can talk about games, some would say possibly too much. I worked on writing a bit of a script and sat down to edit it all together cutting the waffle, developers are way too busy for hour long epics.

And then I got the call, I couldn’t believe it really, I had to have a good sit down afterwards haha.