Accessibility within the video game industry: A Gamers Perspective

Thank you for taking your time out to sit down and answer these questions!

Go ahead and introduce yourself? 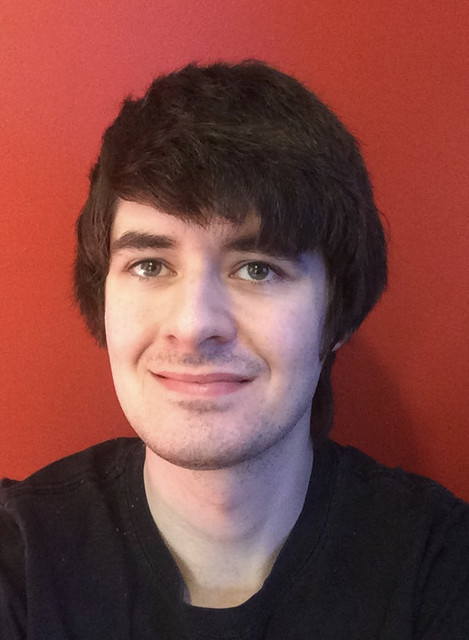 Sure,  my name is Conor, I’m 24 and live near Edinburgh in Scotland! I love all forms of media from gaming to movies and music and even graduated with a Bachelors in Film and Media. I’ve loved gaming my whole life and have an interest in a range of genres with first person shooters and open world games having the biggest impact on me. I also have a passion for the Pokémon Trading Card Game, having played it since 2013 and still loving it to this day!

Fantastic! So Conor, have you experienced any difficulties playing games? – if so what?

I have, I am visually impaired with a rare genetic condition called LHON. While I have been fortunate with having a lot of useful sight, becoming visually impaired forced me to make adjustments in most aspects of my life which included gaming. I primarily have to sit within a few feet of a large TV which is more than half the distant most people can comfortably view the screen. In this regard, I am able to comfortably play most games but when it comes to navigating menus or title screens, I will typically have to lean closer in order to read the text. As a result, the game I’m playing often determines the distance I sit at from the TV; a bright, colourful game like Mario can allow me to sit further away compared to an action RPG like Skyrim which has lots of dialogue options which force me to sit closer to read. I will frequently avoid games heavy in text and dialogue as sitting close to read everything can become extremely tedious and tiring as it turns into a school reading task rather than a fun game.

Visual impairment does have it's own seperate accessibility issues when it comes to games but there are some very good points you have raised.  As a whole, do you feel that disabilities are well represented in games?

So what more do you feel can be done in terms of accessibility?

The industry has already seen a great shift towards being accessible within the last few years and is definitely on the right track. This just needs to continue as developers allow for more options to be available within a game’s settings. Creating focus groups and directly working with disabled gamers in order to discover what User Experience settings are most effective. The Last of Us: Part 2 is currently the leader in triple A games accessibility and has certainly set the standard for other studios to follow which will only become easier as the development tools are refined and made accessible.

So do you feel that studios are listening to the voice of their gamers when creating games?

From my observations, the largest studios won’t usually listen to their target audience because their goal is to create a game which is going to appeal to everyone and subsequently generate revenue. However, as I mentioned, this is definitely changing in recent years with developers reaching out to disabled content creators as well as being active in disabled community forums. While studios may not always listen to the general audience, they are definitely taking an interest in the voices of disabled gamers which is fantastic. As for smaller studios, they have always been seen working very closely with their audience as it is much easier for feedback to be implemented into their game.

Interesting view! In that case, what advice would you give to a studio if you could?

In a general sense, I would say giving people as many options as possible is the best thing a developer could do. You don’t have to be disabled to want to change your control scheme or increase the contrast of a game and so these and similar features should be made a standard. In regards to my personal experience, having an extensive menu/text narration option would be incredibly useful. It would have to be game specific rather than AI voice over to ensure that everything is clear but I feel this would go a long way with aiding gamers with a visual impairment, especially in role playing games with a lot of text.

I would urge other disabled gamers to become part of the community and talk to others with similar experiences. I recently joined and help set up a community for visually impaired gamers and it has been great to be able to interact with others who have a shared experience as well as connecting and playing games together. Additionally, the recent push forward for accessibility within gaming has been amazing to witness and I look forward to hopefully further helping others.

Also, I have a Youtube channel where I post Pokemon card and gaming videos, so please feel free to come and check it out!

Thank you Conor. It was great getting to know your perspective and we hope that you get to experience games in a whole new way in the furture!